Cutting Through The F.O.G. Can Cut Sewage Costs 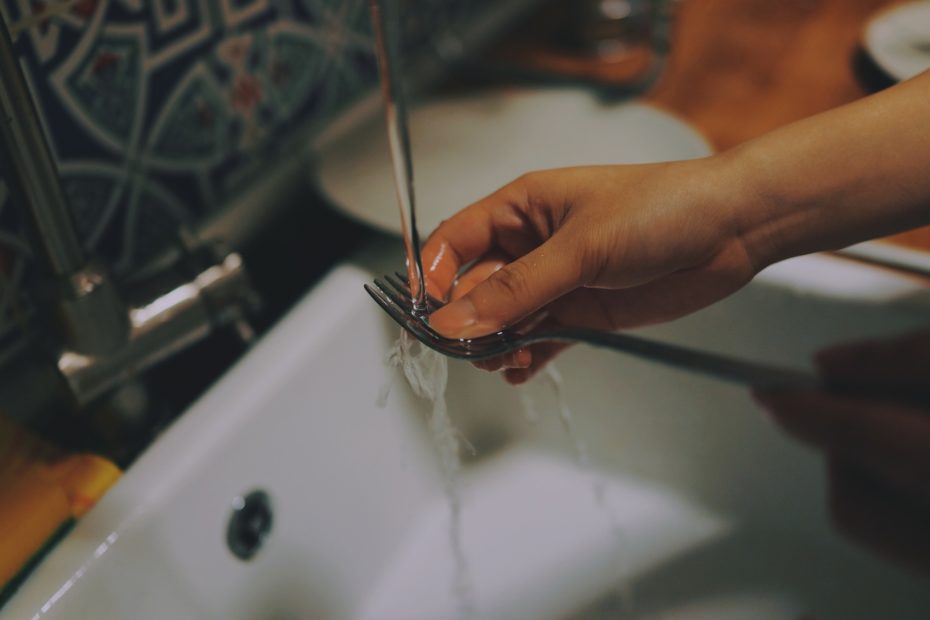 Just as deposits of fat, oil and grease can clog arteries in a person’s body, “F.O.G.” (Fat,Oil,Grease) is a constant consideration for EORWA crews trying to keep the area’s sewers flowing smoothly. F.O.G. is defined as any product that contains fat, oil, or grease that is thick enough to clog up sewers over time as it congeals, including, but not limited to:

Any of these products can contribute to massive, thick, pipe-clogging grease balls, as well as “fatbergs” (for more on how flushable wipes can create similar problems, click here. No matter what form, F.O.G. can lead to clogs, which can lead to sanitary sewer overflows, burst pipes, and a host of other expensive problems. EORWA officials estimate that fatberg and sewer clog treatment and removal costs about $85,000 per year, or roughly $13.08 per person per month. Nationally, the problem Is estimated to cost roughly $1 billion per year.

So, how to combat the problem?

This can be anything from a milk carton or juice container to a soda or water can with the lid cut off. It is important to use a container that won’t be melted or deteriorated by whatever substance is being removed.

Even a little bit of F.O.G. adds up over time. If a pan is being emptied into a milk carton in the sink, make sure the sink is plugged up first so that the sink can be cleaned with a paper towel or cloth before the drain is unplugged.

“I can just dilute that grease with hot water and it goes right down the drain. That will keep my sink from clogging, right?”

Not quite. While diluting the grease with hot water may allow it to get through the immediate sink drain, the F.O.G. will still congeal in pipes, sticking to the walls and collecting over time, just like cholesterol clogs arteries.

The best way to avoid this is to pour excess F.O.G. into a safe container, wipe the pan or pot with a paper towel or cloth before washing, and then wash with soap and hot water.

Just because F.O.G. is in the trash can instead of the sink, doesn’t mean it isn’t bad for the environment. Mix liquid oils and other objects with absorbent material like kitty litter or coffee grounds, and, if possible, store in a sealable container that is less than one half gallon before disposal.

For businesses like restaurants who deal with large amounts of fry oil or other F.O.G. products in their daily use, there are multiple options to responsibly handle that waste – some will even come directly to your door and take the used oil for recycling into biodiesel and other useful substances. Go to Quasar for more information on commercial F.O.G. recycling efforts.

While the continuing problem of F.O.G. is a continued strain on the Ohio Valley’s resources, there is another, more specific way that it hurts ratepayers. If a F.O.G. buildup leads to a sewer system overflow on private property, the homeowner or business owner must pay for the repair to that site. So, don’t put your property, your drains or your piggy bank at risk. Handle F.O.G. responsibly.

Your Role as a Customer in Your Community’s Wastewater System

How can I Lower My Bill?

EORWA is working to reduce rates across our service areas. See how you can help.

Disclaimer: EORWA is not affiliated with and does not sponsor any of the resources and/or programs above. All the information on this website – eorwa.org – is published in good faith and for general information purpose only. EORWA does not make any warranties about the completeness, reliability and accuracy of this information. Any action you take upon the information you find on this website (eorwa.org), is strictly at your own risk. eorwa.org will not be liable for any losses and/or damages in connection with the use of our website. View our full disclaimer for more information.